There are two aspects of music theory – I like to think of them as performance-based and composer-based.

Performance-Based (what a player needs to know)

I sometimes refer to this aspect as the foundation and framing of a house. Every house that is built has the same basic elements if it is to stand for any length of time. There needs to be a foundation, solid framing for walls, and a good roof. In our world this equates to general music knowledge – i.e. note values, time signatures, key signatures, music terminology, clefs, and so forth. Almost everybody who plays any instrument needs this knowledge in order to read music, and play his or her instrument. This material is easily learned and you can find worksheets that will guide you through it. This is what almost any High School or College will teach you in their music theory courses.

Composer-Based (What a composer needs to know)

If the music theory described above can be considered the foundation and framing of a house – what EVERY house needs to stand – then the composer can be considered the architect. The architect takes the same materials everybody uses in building a home and crafts those materials so that every home he or she builds looks different. Just as an architect has to understand the foundation and the framing if the house, the composer has to master all the mechanical aspects of music theory. In addition to that, however, the composer must be able to take these basic elements and craft something new – something different from what others have done or are doing.

This is where the composer must – at some point – put on a historian’s hat. He/she knows notes. They know all those Italian and Latin words. They know the scales, the chords. Clefs? No problem. Now the ART of making music comes to the front. Now this is my personal opinion, but if you want to build a pretty house, you might want to look at other pretty houses. Perhaps even consider interviewing other folks who built those pretty houses. Composers need to study other composer’s music. Composers need to understand what other composers brought to the table, musically. What makes Beethoven’s Symphonies special? How did he handle putting a choir and a symphony together? What makes Bach so different from everyone else? Why is this even important? Why can’t I just write notes and compose? Well… you CAN. And please do! A composer composes, after all. But this isn’t about not writing music until you understand all there is to understand. THAT will never happen. But I gotta tell you – if I had a chance to spend the day with Billy Joel or Elton John and discuss writing GOOD pop songs, I would jump at the chance. But Handel and Bach and a host of other dead guys aren’t here for us to chat with… right? Yes…. And no. No- we can’t directly speak to them. But we can read their biographies, and we can listen to their music and we can read their scores. It is the next best thing to interviewing them directly. As an example – I just went to an Atlanta Symphony Orchestra’s performance of Mahler’s Resurrection Symphony. Marvelous piece of music. I listened with a piece of paper and a pencil in hand. Anytime I noticed something remarkable, I wrote down what I heard. I loved it when I heard the trumpet, in its lower register, play in unison with the Mezzo Soprano during the Mezzo’s solo. Incredible textural touch. I also loved it when the oboe (or English Horn – wasn’t sure which) shadowed the Soprano during HER solo. I loved it how the double basses played the root of each chord underneath the choir – long notes, softly played. Wow. It was like I got a master class from Mahler on how to integrate instruments and voices. These observations are in my toolbox. Today’s composer has to realize that we stand on these giant’s shoulders. Everything we do in music is because they were here before us. Do you know that the foundation of today’s voice-leading and harmonization classes in universities and colleges is a 16th century composer named Giovanni Palestrina? Can you imagine ANYONE being so far ahead of their time that 450 years after their death that their compositional principles STILL form the foundation of our music? And make no mistake here… principles of voice leading are rooted in the counterpoint of Palestrina. A great melody will almost always follow the same principles that Palestrina and his colleagues used… in the 1500’s. So we owe them the honor to study their work. We owe ourselves the duty of studying their work. And not just for a month or a year… but for the rest of our lives. I have spent the last three years looking into Medieval music and Early Renaissance music. Palestrina has been my focus. I have been studying why his music appeals to me. It has been pure joy and has paid off incredibly in my own composing projects.

Which came First – Music Theory or Composing? (the whole Chicken and the Egg thing) 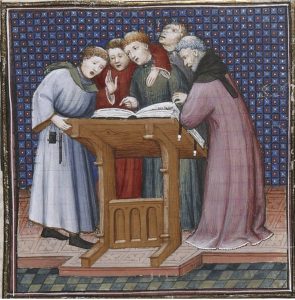 There is one more thing that MUST be considered about music theory… and this is VERY important – music theory wonks such as myself are tempted to explain things as if reasonably minded monks sat down and crafted up a set of rules before any music was written. That is SO far from reality. The truth is, composers composed…. And theorists examined those compositions in order to determine what principles seem to govern that composer’s actions. Theory has ALWAYS followed the composing. Theory never precedes the composer’s work. The composer composes music that sounds right to him or her and the theorist derives musical principles from the music.  These principles became the textbooks of a music education. Theory gives us a glimpse into great composers processes. For example Palestrina handled dissonances a certain way. He solved polyphonic musical puzzles a certain way. Bach might have solved the same musical puzzles differently. So if I want to incorporate a Palestrina-like sound in my composing, I will use principles derived from his work. If I want to sound Bach-like, or Beethoven-like I will study their music and try to learn their solutions to the musical puzzles they faced. Once you get past what I call the “Nuts and Bolts” stuff of music theory i.e. note values, time signatures, key signatures, etc. music theory is much more fluid than it is rigid. The elements of music theory you use depends on what you want to accomplish. If your goal is to write a commercial Pop tune, then you won’t adhere to principles of strict Counterpoint. If your goal is to write an old-fashioned hymn, then perhaps you want something other than Gregorian chant theory principles as your guide.

The things we see when we read a sheet of music – things like notes, time signatures, key signatures, first and second endings, codas, Latin words, chord symbols – all the physical things that make up a tune. 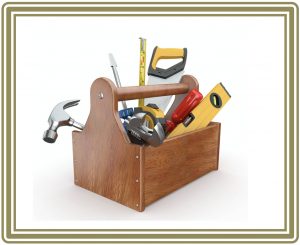 This is where composers live. Composers take all of the Nuts-and-Bolts stuff and craft immensely diverse types of songs. They have different toolboxes (at least I do – it’s how I cope with all the information I gather), with each toolbox containing principles and tricks used by that composer.

For example – right now I have a “toolbox” containing the principles and tricks that come out of writing in a late medieval style. I have another “toolbox” that contains principles and tricks coming out of Jazz chordal movement. I have another “toolbox” containing the principles of strict counterpoint. I have a toolbox that contains “Eric Whitacre” tricks… “Bach” tricks… “Beethoven” tricks etc. It’s how I catalog all the things I read about and study. I am always adding to these “toolboxes”, and I freely draw from them in almost every piece I compose. I might not be writing a Medieval-style Gregorian chant, but the basic principles of voice leading from that period of musical history serves me well, and I find myself referring to those principles quite often.

So there you have it… Paige’s personal philosophy of music theory and composition.

To get any-time access to Mr. G, view group-exclusive resources and exercises, take part in weekly challenges, and connect with other Emerging Composer students, join our members-only Facebook Group today!

Check Out The Group

Check Out Our Podcast

Are You a Music Nerd? 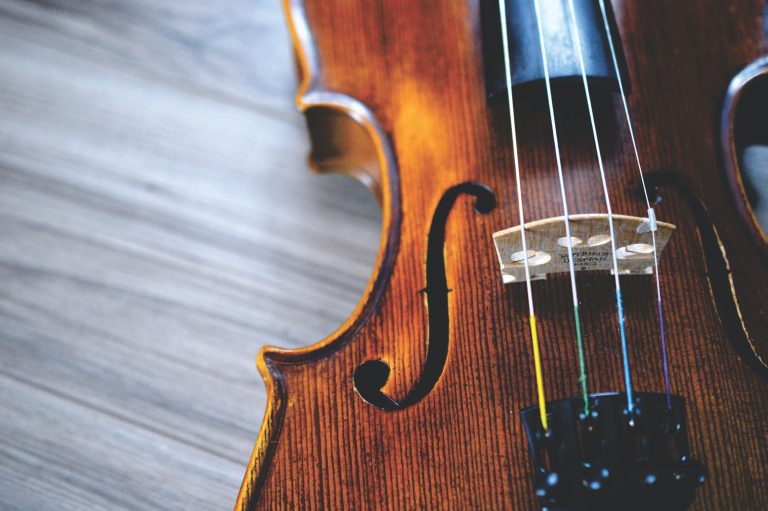 The point of this blog is to share the joy I get from pursuing what is becoming an all-consuming passion for me – musical composition.

Why Palestrina? Why Counterpoint?

Why is a concept born out of a 16th century composer still relevant today? Why should we try to understand at least a LITTLE about